The London Docklands and the Dockland Light Railway. 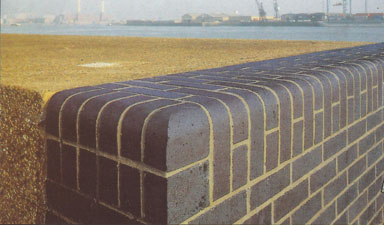 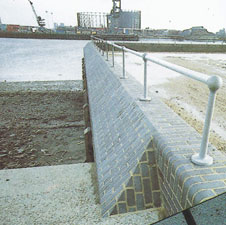 This project was organised by The Docklands Development Corporation between 1981 and 1994.  Its purpose was to regenerate the area as it became evermore derelict following the introduction of  containerisation.  Ketley supplied hundreds of thousands of Blue class A bricks to renew the river walls in the various docks.  These images are of London Yard, Isle of Dogs.